To protect, preserve and enhance the Ruxton, Riderwood and Lake Roland area communities through stewardship, education and advocacy. 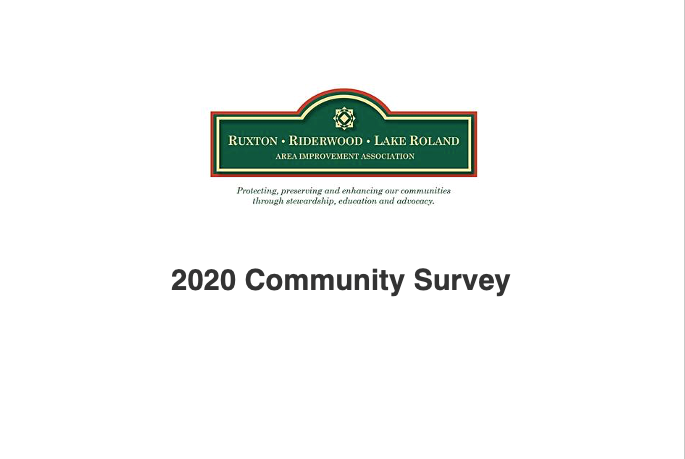 Every ten years, RRLRAIA prepares a community plan laying out its actions to achieve the identified priorities for the next ten years. The goal of the 2030 RRLRAIA Community Plan is to help preserve and enhance the quality of life in the Ruxton, Riderwood and Lake Roland area communities. The plan is being developed as part of Baltimore County’s 2030 Master Plan and will serve as a guide to expectations, policies, and services from Baltimore County as well as the RRLRAIA. It is a living document.

Prior plans have had a significant positive impact on our neighborhoods, such as creating the Greater Ruxton Area Foundation and its ongoing easement and neighborhood enhancement program, the agreement to transfer operational control of Lake Roland Park from Baltimore City to Baltimore County, among many other accomplishments.

The first key step in developing the plan was an email survey sent in May 2020 to over 1,000 residents in the RRLRAIA area, which yielded nearly 50% responses.

A committee of the RRLRAIA Board performed the next step, which involved developing the goals and detailed action steps for the five key issues identified by the community in the survey. The result is a Draft 2030 Community Plan (see link below). RRLRAIA sent the Draft 2030 Community Plan to Baltimore County planning officials for their review and input. We expect this to be finalized with the County by mid-year 2022.

The top five issues most important to residents are highlighted below. Additional issues did not achieve the higher rating, although two – Community & Commercial Enhancement and Biking & Walking – achieved solid ratings in the survey. For these two, the RRLRAIA Board will continue to monitor and look for ways to address some of the community’s comments and concerns. Three issues received lower ratings but are still considered important. These three issues include Forest Preservation and Deer Management, Historic Preservation, and Traffic & Light Rail. We will also continue to look for ways to address the community’s comments and concerns on these issues that were written in the survey. The highlighted issues are the verbatim questions asked from the survey. Each data graph can be clicked on to enlarge. 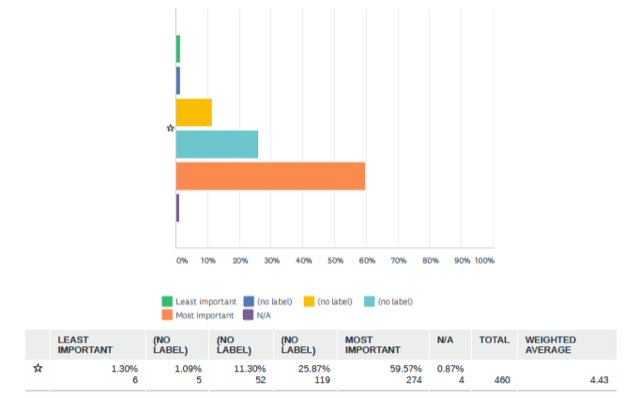 This issue appeared in the 2000 and 2010 surveys as, respectively, “zoning & development” and “subdivision & infill.” The purpose of RRLRAIA’s attention to this issue would be working to ensure residents’ and businesses’ adherence to Baltimore County zoning code regulations, such as adhering to building setback requirements, and to advocate for appropriate zoning and development within our boundaries, consistent with our mission statement. The inclusion of new residential properties in the Baltimore County Design Review Panel (DRP) process is an example of a positive result of our previous plans. RRLRAIA has a community representative on the DRP. The association routinely facilitates meetings with homeowners/builders/developers and neighbors to bring to light and resolve issues. The association also performs this function when a zoning variance is requested. 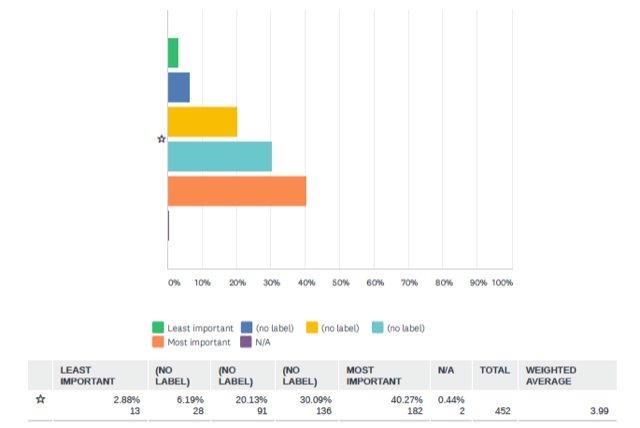 Falls Road Corridor and Other Development

This issue appeared on the 2000 and 2010 surveys as, respectively, “Land Preservation” and “Lake Roland & Bare Hills.” The goals resulting from the 2000 survey pertained to, and resulted in, the county’s leasing and management of the Baltimore City-owned Lake Roland (formerly known as Robert E. Lee Park). This happened when the county took over management of the park on a lease basis in 2009. As for the 2010 survey, RRLRAIA took on the goals of advocating for or supporting (a) park-expansion land acquisition, (b) improved and increased park-access points, and (c) appropriate development in the vicinity of Falls and Clarkview roads. Much has been accomplished with regard to all three goals. 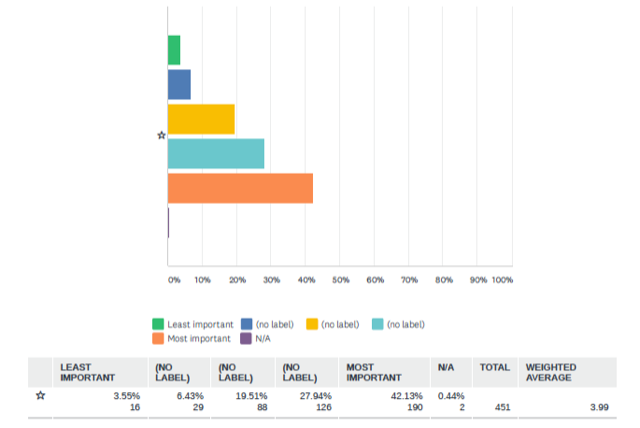 Should RRLRAIA advocate for better flood control, especially near roads? Possible actions include further plantings of trees and vegetation both in low-lying areas as well as higher elevations to absorb excessive rainwater and to reduce runoff. 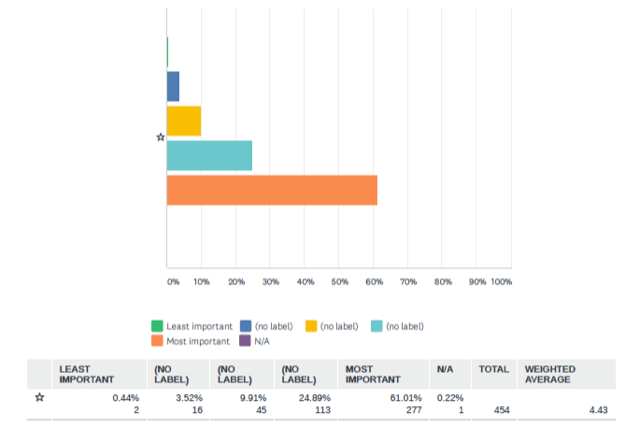 This issue appeared in the 2010 survey, as “public safety,” but not the 2000 survey. Examples of actions taken as the result of the earlier survey are the association’s member notifications through e-mail of current public safety issues, as well as the development of strong relationships with Towson police precinct commanders. 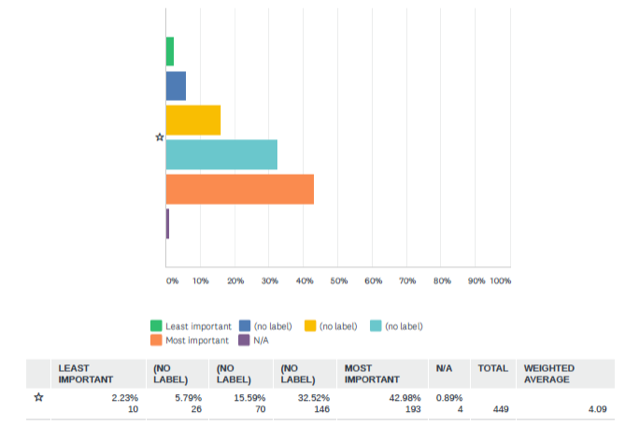 The sewers and interceptors in our area are overburdened from storm water infiltration during large rainstorms. (Interceptors are the elements of a sewer system that divert waste to wastewater-treatment plants.) Baltimore County is undertaking two studies to ascertain appropriate future remedial actions to allow for safe transmission of sewage.

There are no upcoming events.